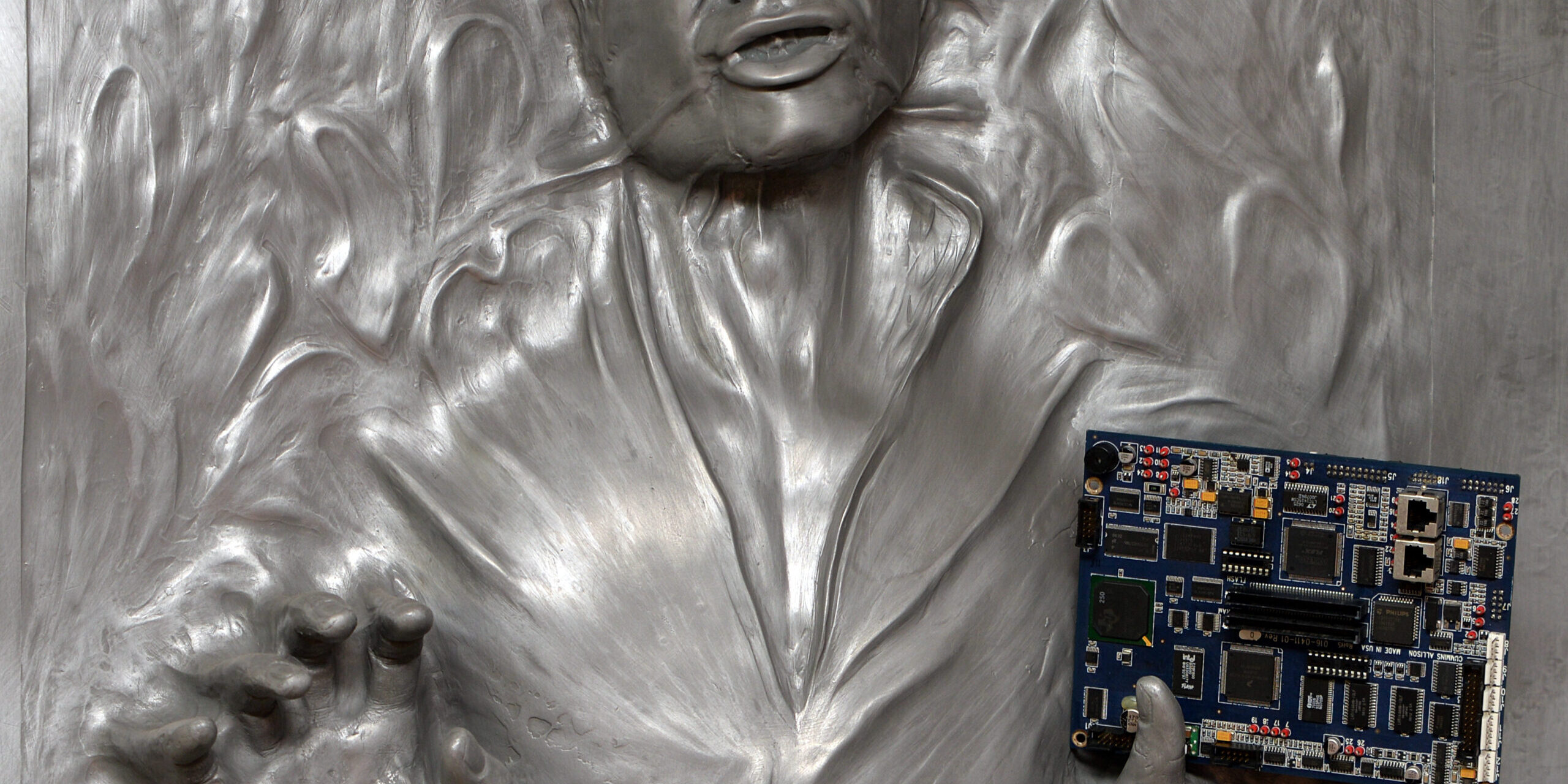 Why keep them on show?

Many people have been asking John, the Managing Director at Greasley Electronics why he has so many Star Wars characters in the workshop. They are seen when customers call in and drop off and collect circuit board repairs, when we are on zoom in meetings and often becomes a topic of conversation!

So, time to share how it all started! The back story….

John made Darth Vadar for a fancy dress competition, for him to wear in 2004. Then, 3 years later a mate of his gave him the Storm Trooper outfit to raise money for charity and he thought they were too good to put in the attic and wanted them on display so he put them in the Greasley office and workshop. So, this is where the Electronic Links with Star Wars! began….

His passion has always been anything Star Wars and being a big fan of the films over the years he kept adding to the collection. Another mate of his gave him the Hans Solo carbonite which was recovered from a skip! Everyone knows how much of a fan he is so this was then added to wall space in the office! 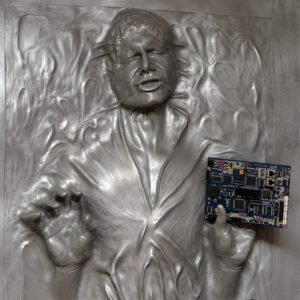 Neal fixed a yacht navigation controller a while back for someone who made the original Yoda and John sarcastically said ‘Please can you make me one’..and he did! He was very pleased with the water damaged circuit board we had fixed!

It grew from there to include R2D2, C3PO, Boba fett, Luke and Leya and a Studio Millennium Falcon.

The latest edition was for his 25th wedding anniversary gift from his wife Melissa….. a full size Chewbacca which he can actually wear if he wanted to!

When you call in to drop off circuit boards for repair, come and see the characters!

It’s one way of having Electronic Links with Star Wars! 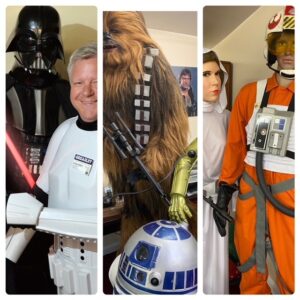 John with Darth and friends!