I had some condensation in a rear light of my Aston Martin car which had affected the LEDs within. I split the light and dried everything out – but the several of the LEDs were shot. An internet forum had mentioned Greasley Electronics so, I grabbed the number from the internet and called them up. John answered and confirmed that he could, indeed, fix the offending LEDs. He advised on the best way to the light to him and, within a couple of weeks, it was back and working perfectly. His fee was very reasonable – especially considering that a replacement was North of a thousand pounds……. I highly recommend his service – and he’s a thoroughly nice chap! 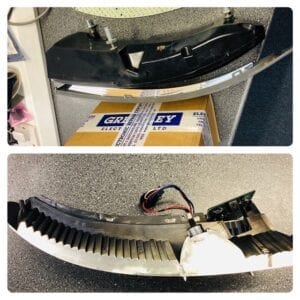